More thoughts on Hostess (or why are the unions stealing my childhood?)

Back when I was in high school I was on the swim team and occasionally we would have to practice over our spring break.  When we would, we would practice in the mornings as opposed to the afternoons like we did when school was in session.  After practice we would go by the nearby deli and get "The Breakfast of champions" which was orange flavored Gatorade and Suzy Q's.  They're kind of like chocolate Twinkies but probably with more sugar.  Sadly, they never had baseball cards in them when I would get them.  I guess that must have gone out of style about the same time Reggie Jackson stopped playing for the Yankees.  You suckers up in Boston were probably hoping for the "Dewey" Evens cahds. 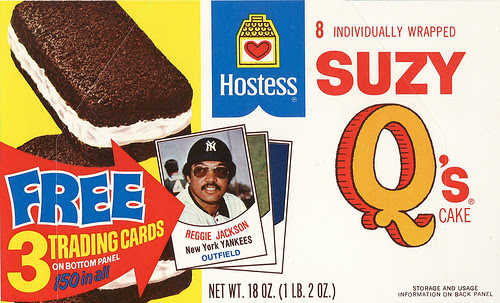 Now...this whole Twinkies thing is probably going to be the touchstone of this new political era.  I'm kind of surprised that Scott Walker, the Kock Bros. and Fat Rush Limbo haven't jumped on this to make political hay while the sun is shining. You know, those damn pinko bakers unions are holding your childhood memories hostage demanding that their workers be given some sort of power against big business.  We're America...they can have my Twinkies when they pry them from my cold dead hands.  When will they send in the Pinkertons to reclaim your right to eat junk and to rescue Twinkie "The Kid" from those greedy bakery worker unions? 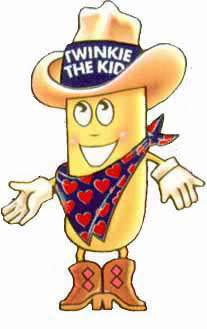 Meanwhile.  What does it mean when even Forbes Magazine says that Hostess's downfall is a failure of management? And what is going to happen to the Twinkie Defense?