Died On This Date

was an African-American cornetist and is regarded by contemporaries as a key figure in the development of a  style of ragtime music, which later came to be known as jazz.
He was known as King Bolden, and his band was a top draw in New Orleans from about 1900 until 1907, when he was incapacitated by schizophrenia. He left no known surviving recordings, but he was known for his very loud sound and constant improvisation. (wikipedia)

On September 23, 1993, a statue dedicated to him was unveiled by Northeastern University on the site of the Red Sox's original stadium, the Huntington Avenue Grounds. It was there that Young had pitched the first game of the 1903 World Series, as well as the first perfect game in the modern era of baseball. A home plate-shaped plaque next to the statue reads:

"On October 1, 1903 the first modern World Series between the American League champion Boston Pilgrims (later known as the Red Sox) and the National League champion Pittsburgh Pirates was played on this site. General admission tickets were fifty cents. The Pilgrims, led by twenty-eight game winner Cy Young, trailed the series three games to one but then swept four consecutive victories to win the championship five games to three." 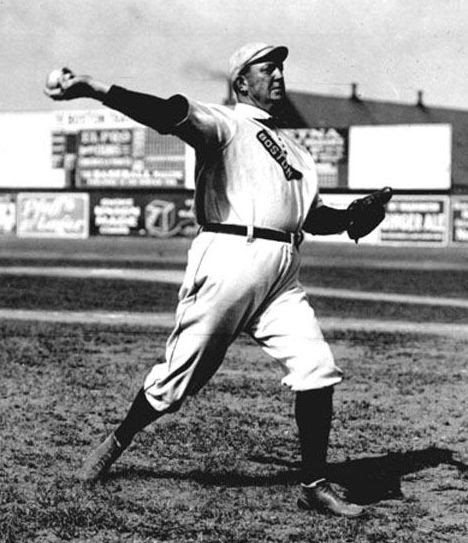