Died On This Date

“So shall the world go on,
To good malignant, to bad men benign,
Under her own weight groaning.”  Paradise Lost

During World War I, he tried to enlist into the U.S. Navy but was refused entry because, at 6 feet (1.83 m) tall and 140 pounds (64 kg), he was eight pounds underweight. To compensate, he spent one night gorging himself on bananas, liquids and doughnuts, and weighed enough to enlist the next day. However, he was given the role of a military artist and did not see any action during his tour of duty.

Booker was the son and grandson of Baptist ministers, both of whom played the piano. He spent most of his childhood on the Mississippi Gulf Coast, where his father pastored a church. Booker received a saxophone as a gift from his mother, but he demonstrated a stronger interest in the keyboard. He first played organ in his father's churches.
After returning to New Orleans in his early adolescence, Booker attended the Xavier Academy Preparatory School. He learned some elements of his keyboard style from Tuts Washington and Edward Frank.[1] Booker was highly skilled in classical music and played Bach and Chopin, among other composers. He also mastered and memorized solos by Erroll Garner, and Liberace. His thorough background in piano literature may have enabled his original and virtuosic interpretations of jazz and other popular music. These performances combined elements of stride, blues, gospel and Latin piano styles...he enrolled as an undergraduate in Southern University's music department. In 1960, Booker's "Gonzo" reached number 43 on the U.S. Billboard chart, and number 3 on the R&B chart. This was followed by some moderately successful singles. In the 1960s, he turned to drugs, and in 1970 served a brief sentence in Angola Prison for possession. 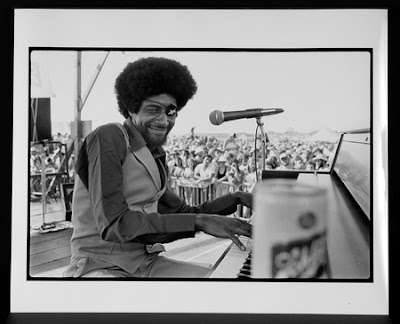