How do we know the Earth goes about the sun? 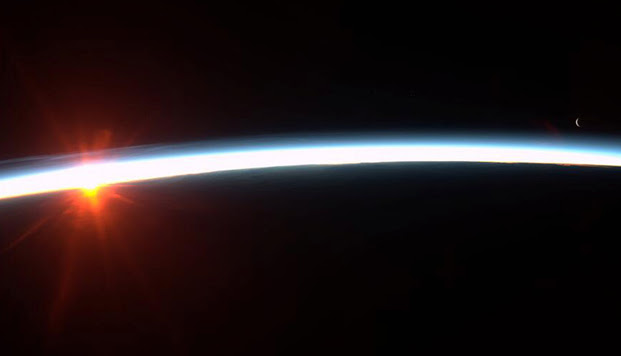 Image: NASA. A view of the sunrise (and moon) as seen from the ISS captured by astronaut Karen Nyberg

"The geocentric model is no more crazy than saying that a tennis ball is made of protons, neutrons and electrons. Sure, we all (most of us) believe there are these particles like electrons – but how do normal humans know this? In fact, the evidence in our everyday lives doesn’t make it obvious that there are protons and electrons (yes, you could argue the mere fact of things like computers says these have to exist). The same is true for the heliocentric model."

"The first big problem with the geocentric model was the retrograde motion of planets like Mars. If you looked at the location of Mars each night, it might sometimes do this."

(Read the rest  at Wired)
Posted by rockinajar at 3:13 PM