"France in the Year 2000 (XXI century) – a series of futuristic pictures by Jean-Marc Côté and other artists issued in France in 1899, 1900, 1901 and 1910. Originally in the form of paper cards enclosed in cigarette/cigar boxes and, later, as postcards, the images depicted the world as it was imagined to be like in the year 2000. There are at least 87 cards known that were authored by various French artists, the first series being produced for the 1900 World Exhibition in Paris." - (From The Public Domain Review) 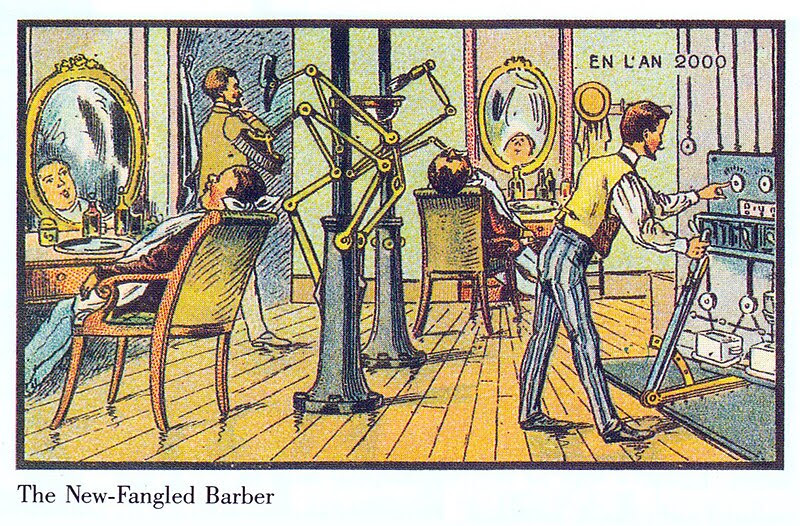 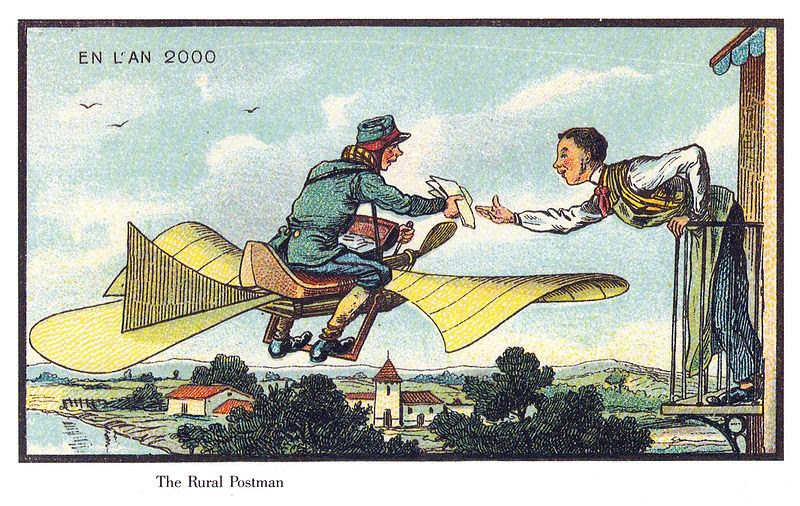 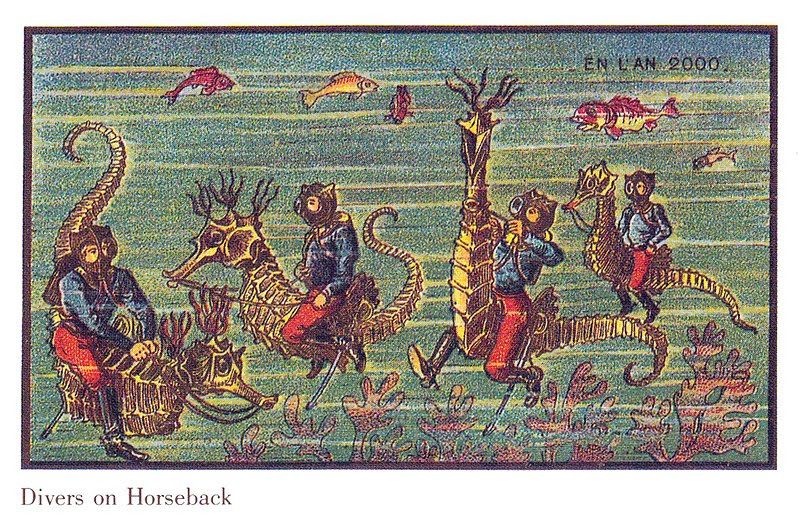 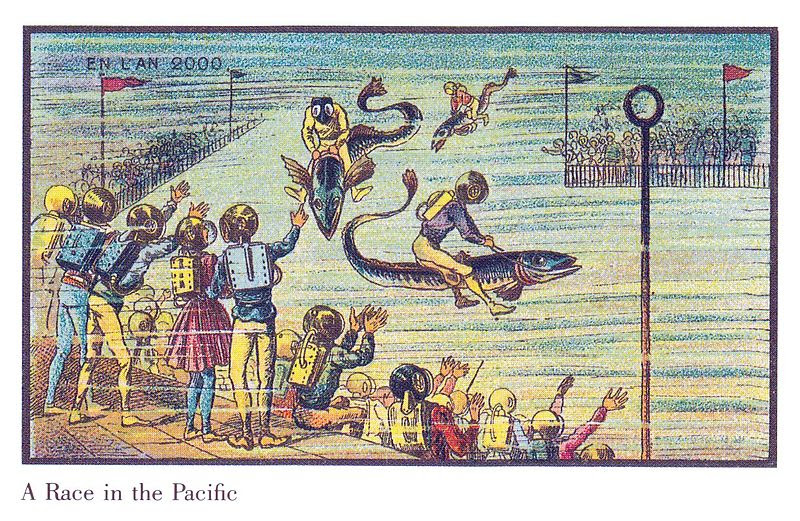 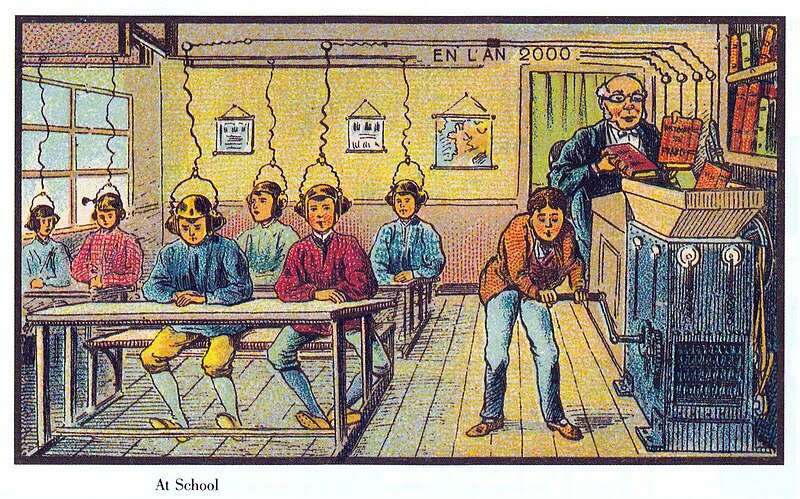 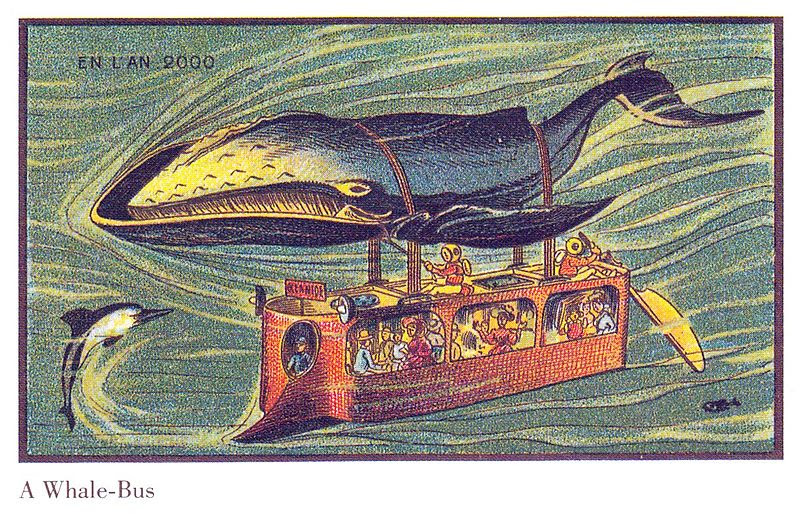 Others can be found here.

Posted by rockinajar at 6:28 AM