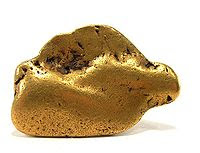 Some of the interesting articles I have bumped up against while surfing the information superhighway...

Ruins of Bustling Port Unearthed at Egypt’s Giza Pyramids- livescience.com
“The remains of a bustling port and barracks for sailors or military troops have been discovered near the Giza Pyramids. They were in use while the pyramids were being built about 4,500 years ago.”
(found via grahamhancock.com)

20 Year Old Hunter S. Thompson’s Superb Advice on How to Find Your Purpose and Live a Meaningful Life - Brainpickings.org
“It is not necessary to accept the choices handed down to you by life as you know it.”
(via disinfo.com)

A New Scientific Model That Defines Alien Intelligence - IO9.com
“Should we ever detect an extraterrestrial civilization, or any kind of alien life for that matter, it's a safe bet they'll look very different from us. They'll also probably think in a way that's completely foreign to what we're used to. Here's how experts believe we might be able to predict what the minds of aliens will be like."

Posted by rockinajar at 6:51 AM