NASA gets itself a quantum computer.  What are their plans?

"According to physicist David Deutsch, a quantum system can work on a million computations at once while a standard desktop PC works on just one. Put another way, a 30-qubit system would be equal in processing power to a traditional 10 teraflop machine, which crunches trillions of operations each second.
These computers will help us find the most expedient solution to a complex problem. As such, they're poised to revolutionize the way we go about data analysis and optimization — including such realms as air traffic control, courier routing, protein modeling, weather prediction, database querying, and hacking tough encryption schemes."


A Neuroscientist's Radical Theory of How Networks become Consciousness 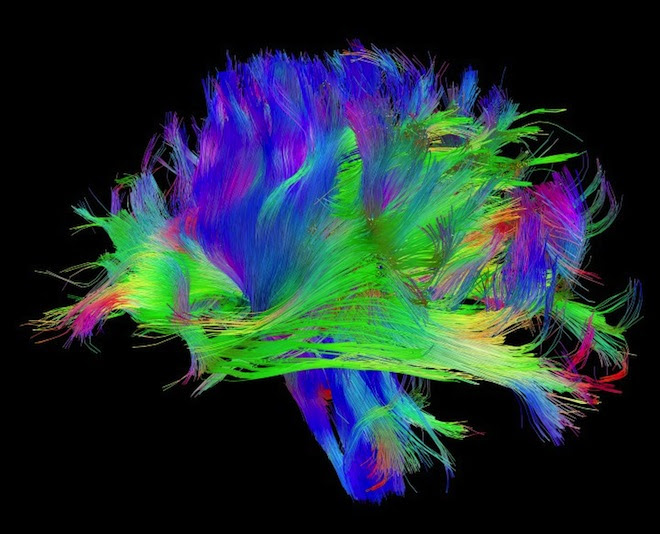 "It’s a question that’s perplexed philosophers for centuries and scientists for decades: Where does consciousness come from? We know it exists, at least in ourselves. But how it arises from chemistry and electricity in our brains is an unsolved mystery.
Neuroscientist Christof Koch, chief scientific officer at the Allen Institute for Brain Science, thinks he might know the answer. According to Koch, consciousness arises within any sufficiently complex, information-processing system. All animals, from humans on down to earthworms, are conscious; even the internet could be. That’s just the way the universe works."

Read the rest on Wired.com

(via Grahamhancock.com)
Posted by rockinajar at 1:58 PM