Something rather large and mind boggling:

Something rather small and mind boggling:

A Jewel at the Heart of Quantum Physics

"Physicists have discovered a jewel-like geometric object that dramatically simplifies calculations of particle interactions and challenges the notion that space and time are fundamental components of reality..."

"...The amplituhedron looks like an intricate, multifaceted jewel in higher dimensions. Encoded in its volume are the most basic features of reality that can be calculated, “scattering amplitudes,” which represent the likelihood that a certain set of particles will turn into certain other particles upon colliding. These numbers are what particle physicists calculate and test to high precision at particle accelerators like the Large Hadron Collider in Switzerland."

Which kind of made me think of Inra's net. 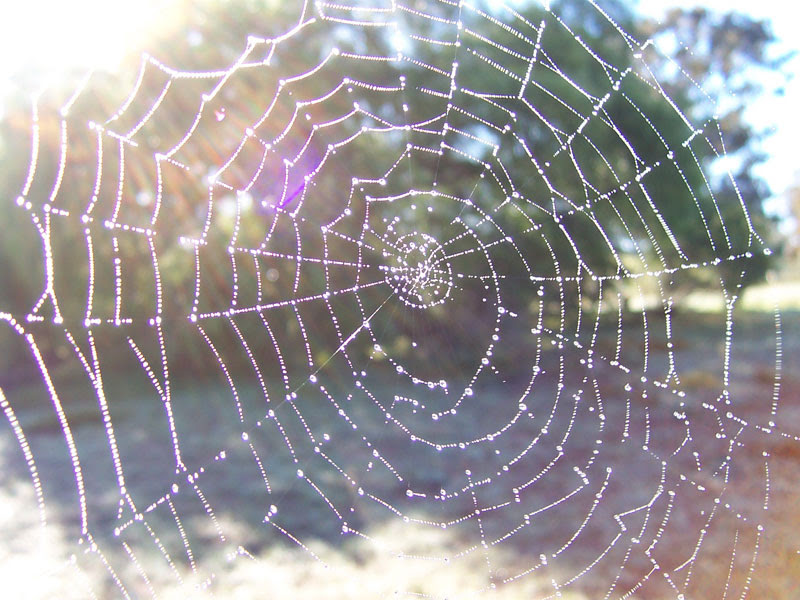 "Francis Harold Cook describes the metaphor of Indra's net from the perspective of the Huayan school in the book Hua-Yen Buddhism: The Jewel Net of Indra:
Far away in the heavenly abode of the great god Indra, there is a wonderful net which has been hung by some cunning artificer in such a manner that it stretches out infinitely in all directions. In accordance with the extravagant tastes of deities, the artificer has hung a single glittering jewel in each "eye" of the net, and since the net itself is infinite in dimension, the jewels are infinite in number. There hang the jewels, glittering "like" stars in the first magnitude, a wonderful sight to behold. If we now arbitrarily select one of these jewels for inspection and look closely at it, we will discover that in its polished surface there are reflected all the other jewels in the net, infinite in number. Not only that, but each of the jewels reflected in this one jewel is also reflecting all the other jewels, so that there is an infinite reflecting process occurring." (via wikipedia).
Posted by rockinajar at 5:22 PM