I have always associated Midsummer with the first few days of August, but it is technically a ancient pagan summer solstice celebration, appropriated into St. John's Day among Christians.  Among the rituals is the lighting of bonfires, because it was/is believed that once the sun starts it southward journey again and summer wanes while winter waxes, evil spirits and witches were free again to roam the earth.  The fires were supposed to protect mere mortals from the spirit beings.

"It is at Midsummer that the Holly King, God of the Waning Year, has encountered the Oak King and succeeded in usurping the reign of the year. In Celtic Mythology the Young God withdraws into the Wheel of the Stars and it is here he waits and learn before his rebirth at Winter Solstice. It is the time when Belenus, Belenos - the Sun god, begins to die, fir-branches; Balefires; were kindled to light his downward path, he will return again at the Winter Solstice, when the Yule logs and lit fir-braches will guide His return."

"The passion at Midsummer has escalated from the playfulness of Beltane to a more fervent intensity. Couples who handfasted the year before at Beltane, tend to marry in a more formal handfasting at Midsummer or Lughnasadh. Divination on matters of love are especially powerful Midsummer's eve. In Scandinavian countries, the night before Midsummer, every young girl places a bunch of flowers tied with nine pieces of grass or nine flowers under her pillow, upon which she will sleep and dream of her future husband. In Ireland the young lasses place yarrow under her pillow to dream of her mate.

The moon of Midsummer have a few names one being the Honey Moon, as this is a time when the hives are been rich in honey, which gathered and fermented into a drink known as mead, customarily, drunk at wedding parties. Mead is rumored to be an aphrodisiac; thus we can observe the roots of modern day marriage practices and "honeymoons", in their Pagan soil."

It is from these rituals and myths, among others associated with this holiday, I suppose, that Shakespeare drew inspiration for what is my favorite play of his, "A Midsummer Night's Dream" and the play relies heavily on spirits wandering the earth, meddling in the weddings and love lives of mortals.

One of these spirits, Puck, who is clearly the embodiment of the trickster, is far and away the show stealer.  So, because it is the middle of the summer, I'll leave you with some of my favorite parts of the play involving Puck.  Revel in the language of a true master of the word. 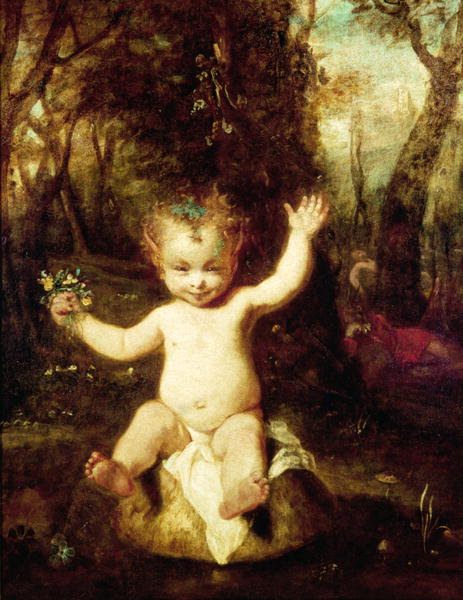 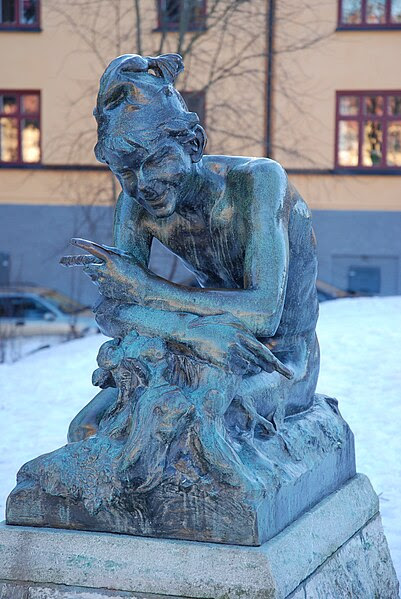 Fairy: Either I mistake your shape and making quite,
Or else you are that shrewd and knavish sprite
Call'd Robin Goodfellow: are not you he
That frights the maidens of the villagery;
Skim milk, and sometimes labour in the quern
And bootless make the breathless housewife churn;
And sometime make the drink to bear no barm;
Mislead night-wanderers, laughing at their harm?
Those that Hobgoblin call you and sweet Puck,
You do their work, and they shall have good luck:
Are not you he?

PUCK: Thou speak'st aright;
I am that merry wanderer of the night.
I jest to Oberon and make him smile
When I a fat and bean-fed horse beguile,
Neighing in likeness of a filly foal:
And sometime lurk I in a gossip's bowl,
In very likeness of a roasted crab,
And when she drinks, against her lips I bob
And on her wither'd dewlap pour the ale.
The wisest aunt, telling the saddest tale,
Sometime for three-foot stool mistaketh me;
Then slip I from her bum, down topples she,
And 'tailor' cries, and falls into a cough;
And then the whole quire hold their hips and laugh,
And waxen in their mirth and neeze and swear
A merrier hour was never wasted there.
But, room, fairy! here comes Oberon.

(more after the break)


Puck is also the one who takes us out of the play and from the dreamy spirit infested world we had just occupied for the play's duration. He is tasked with putting the world back in order from the chaos he created within the walls of the play and in doing so, I think he must sooth us with white lies, to trick us into believing that this was nothing more than dreams, but in reality, that dreamy spirit infested world lives on all around us, but to let us on to that would blow their cover.

PUCK: If we shadows have offended,
Think but this, and all is mended,
That you have but slumber'd here
While these visions did appear.
And this weak and idle theme,
No more yielding but a dream,
Gentles, do not reprehend:
if you pardon, we will mend:
And, as I am an honest Puck,
If we have unearned luck
Now to 'scape the serpent's tongue,
We will make amends ere long;
Else the Puck a liar call;
So, good night unto you all.
Give me your hands, if we be friends,
And Robin shall restore amends.